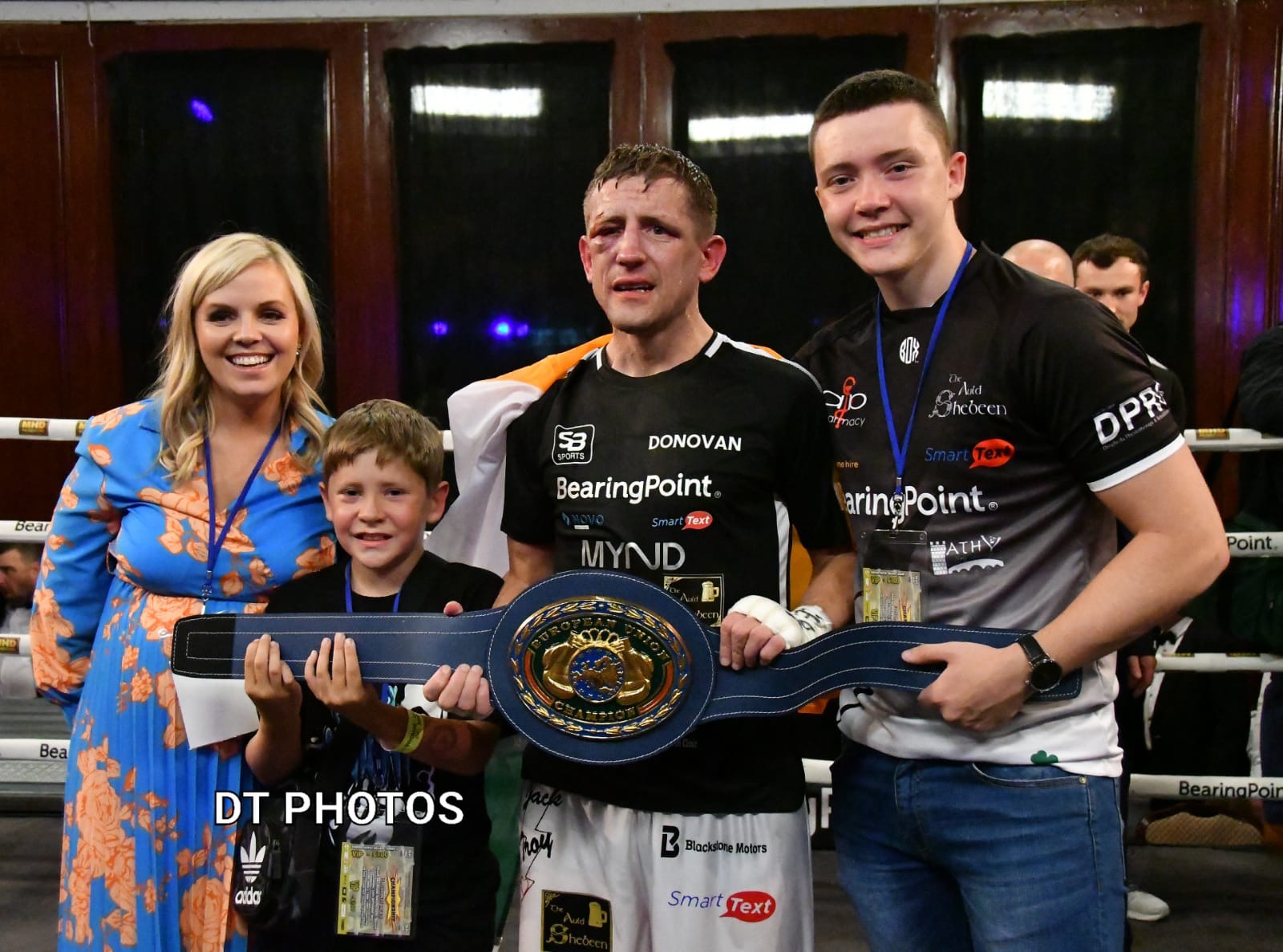 Despite taking a standing count in the fourth round and nursing a cut over his right eyebrow in the second half of the fight, the 37-year old Athy southpaw did enough to convince all three judges to award him a unanimous victory on scorecards of 115-113; 114-113 and 115-112.

An emotional Donovan was joined in the ring afterwards by his wife Laura who is eight and a half months pregnant and his two sons Jake and Troy.

“Somebody once told me when you are going through hell, the best thing to do is keep going. I have to say El Hadri deserves all the credit for playing his part in this fight,” he said.

“What an absolute warrior. He punches like an absolute mule. I have never been hit as hard, but I just kept telling myself suffer now and live the rest of your life as a champion.

“I knew I had the skill. He had the strength; he had the power and that ferociousness in each hand, but I had the footwork and the speed, and I knew if I kept digging and make him miss enough I would frustrate him enough to make him come forward and that’s what I did.

“I got off to a pretty good start but then he caught me with a big punch. I wasn’t really hurt but I was of balance and that is something I really need to work on, and I have been working on it with Packie (Collins, his trainer).

“But I knew I had the hand speed. I knew I had the courage, heart and guts to go deep into the later rounds. A lot of people know this, and I make no secret about it. I have been through a lot of adversity in my life.

“I just knew if I kept going the tide I might turn, and it did, and I got a little bit of confidence in the later rounds and sometimes that’s all you need – that spark. And Packie said it me in the corner ‘you have it now, the chapter in this story is changing.’

“He kept telling me the good chapters and it give me the motivation and confidence to keep going and I finished strongly in the end,”

MHD Promotions would like to congratulate Eric on an emotional and triumphant night to become the new EBU EU Super Featherweight Champion. 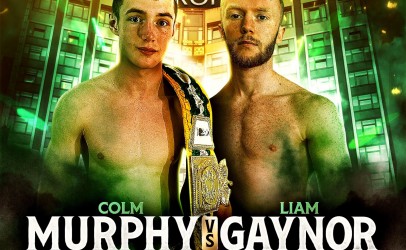 Colm Murphy will defend his Boxing Union of Ireland Celtic Featherweight title against Liam Gaynor of Dublin at the Euro...